Anything related to Kickstarter
Locked
2 posts • Page 1 of 1

Thank you everybody for joining us on this project. We look forward to bringing you so many awesome updates as we work to complete it now.

Hey all,
10 minutes left to join in on our Lands of Theia Kickstarter and get some awesome new content while also helping us to add more.
Available in 3 variations (Pathfinder 1e/2e and D&D 5e), Lands of Theia places you in the Age of Adventure, when the world's countries are paying explorers to learn more about their forgotten past.
As of right now, this ~250 page book contains: -----------
After defeating the forgotten dragon flights who ruled over them for thousands of years, the countries of Theia spent the last 800 years closed off and bickering while they all tried to rebuild. Finally, when it looked like some regions of the world would fall into obscurity and disappear entirely, the leaders of each country met and agreed that they needed to do more. Together, they declared the beginning of the Age of Adventure:

They have sent bards around the globe to tell stories of ancient, hidden dungeons, where rewards can be obtained and returned to for wealth and recognition.
Parties of would-be heroes are actively sought out to guard caravans of goods traveling from place to place. Nations are in need of protecting from the threats of undead, dragons, and other monsters. All of it is a selling point for the rulers of Theia's nations. They sponsor adventurers in order to help build the economy back up and create trust in their people. And that's just on a global scale. Individual countries host other challenges, such as sky racing in Borboto, Fafutan's kaiju, and the vampiric Blood Emperor of Xaotawn to name a few.
bit.ly/landsoftheia

We did it! With 4 hours left, we have reached our goal to add a new chapter of Enemies & NPCs. 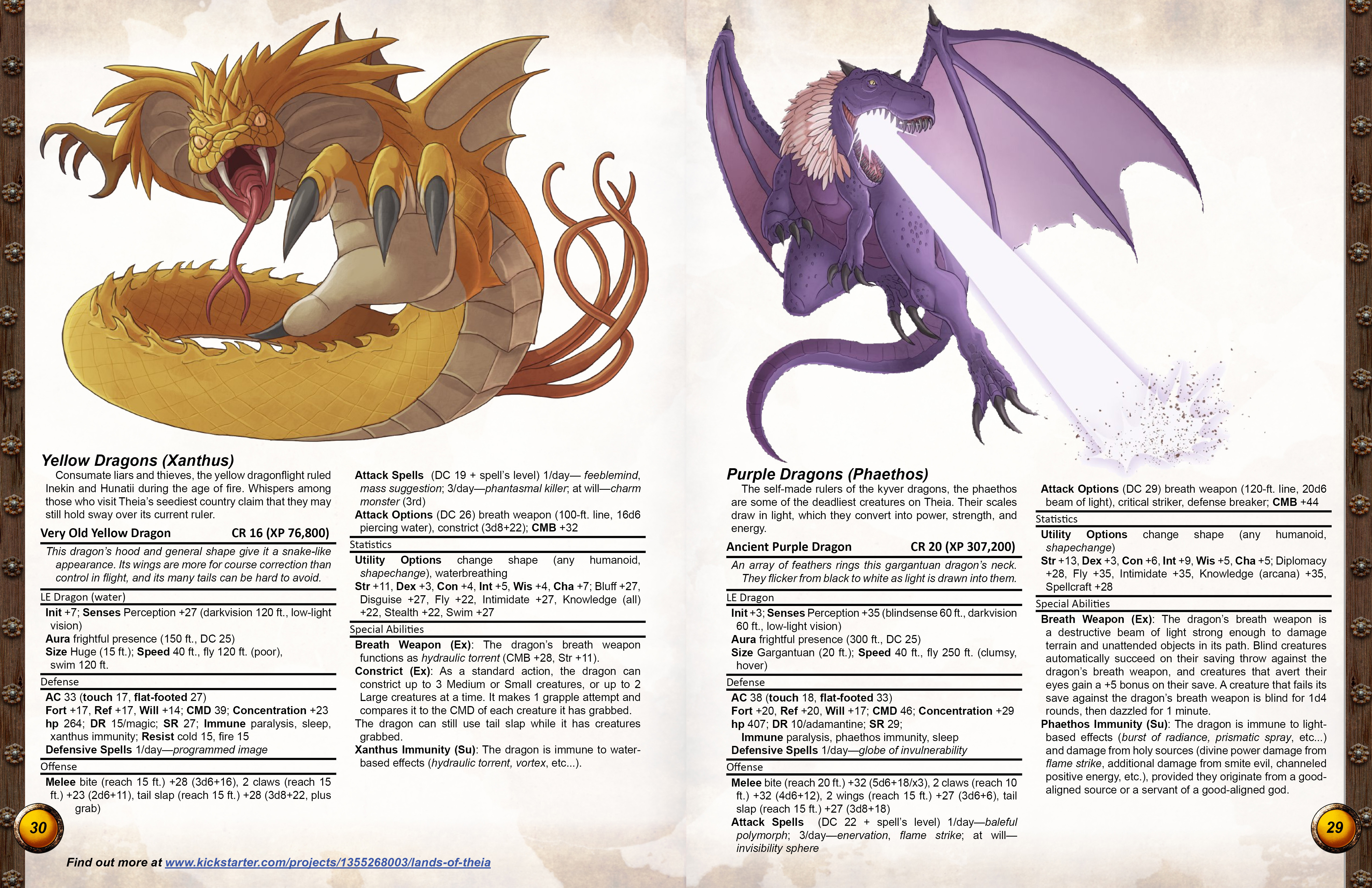